Yoga is like music: the rhythm of the body, the melody of the mind, and the harmony of the soul create the symphony of life.
BKS Iyengar

In 1967 his famous book Light on Yoga fell into the hands of a Pietermaritzburg teacher of ‘casual yoga’. Her name was Joyce Stuart and her curiosity compelled her to travel to Britain to learn from Guruji on his annual visit there. Inspired by the discipline and depth of his teaching, she returned home determined both to share her newfound knowledge with other teachers and to learn more from him.

This proved particularly difficult since the Indian government forbade travel to South Africa by its citizens and South African passport holders were barred from entering India.

The solution was found initially in 1967 on the neutral ground of Mauritius, a still undeveloped Indian Ocean island where Guruji introduced eleven intrepid South Africans to his fierce and fiery teaching. During each of his next five visits to the region the numbers swelled, despite the absence of appropriate facilities in Mauritius, or at the other venues, Malawi and Swaziland.

Classes in these countries were conducted in hotel lounges, on beaches, flat concrete rooftops and even on an old tennis court. It was also on these trips that Guruji began to introduce his now famous props, although these took the form of any items to hand that suited his purpose. A stack of biscuit tins and various items of furniture have been cited, as well as a Swazi hotel couch dismantled in a swirl of yogic zeal, which is said to have tested the hotel manager’s patience to the limit!

On Guruji’s visit to Swaziland in 1974 an informal committee was formed to arrange his annual trips and to create a central point of communication for the various areas from which the students hailed. 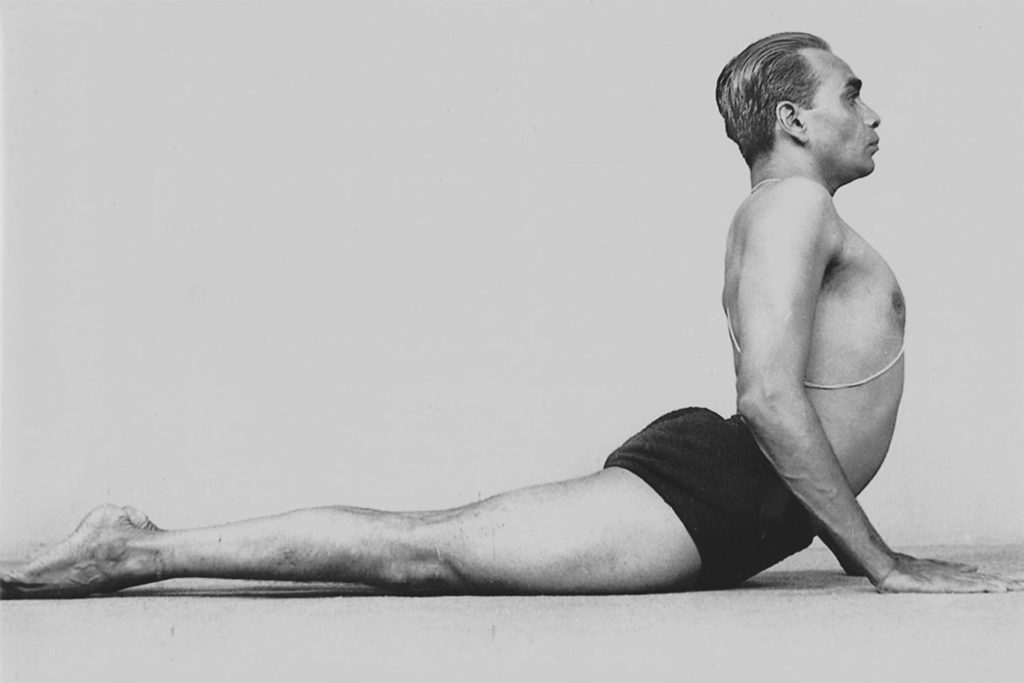 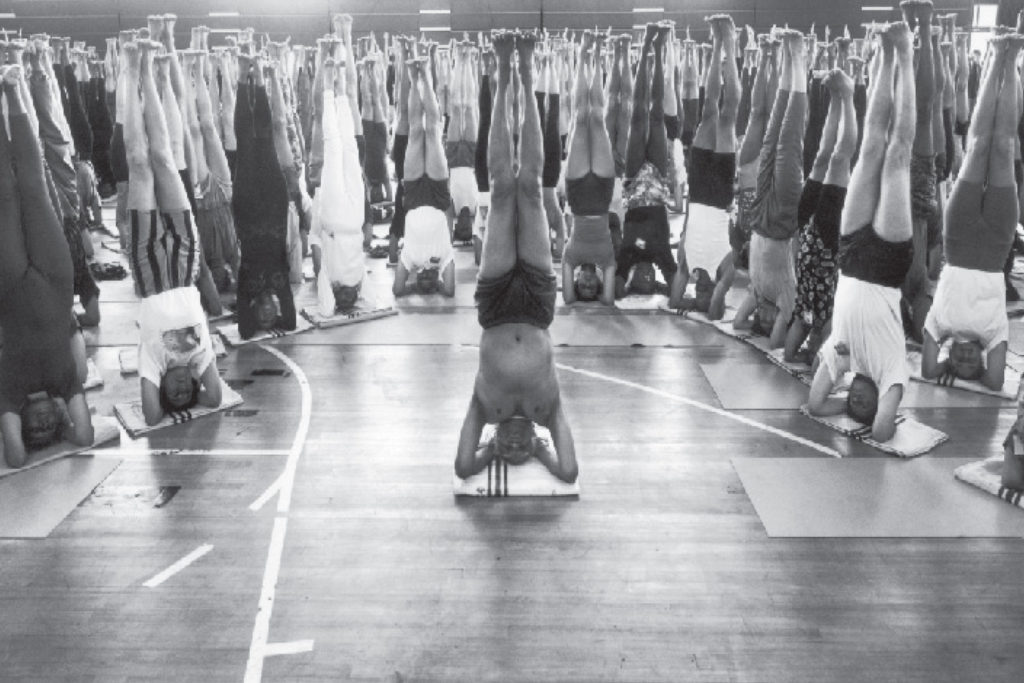 AT HIS SUGGESTION THIS COMMITTEE BECAME MORE FORMALISED IN 1976, WITH THE VARIOUS REGIONS ALSO FORMING COMMITTEES.

These became the BKS Iyengar Yoga Institute of Southern Africa, incorporating Namibia, Swaziland and Zimbabwe and overseen by a national governing committee.

Guruji, at last having been granted a visa by the Indian government, visited South Africa in 1979 to open and bless the Pietermaritzburg Institute, built by Joyce Stuart (and her husband Ron) who’d made the first contact with him in Britain twelve years earlier.

The BKS Iyengar Yoga Institute of Southern Africa has flourished since then and continues to promote and disseminate Guruji’s work. It presently counts nearly 400 Associate Members, 162 teachers and 29 Student teachers as its members, while it grows as a dynamic body dedicated to the development and integration of people on all planes and of all kinds.

There are nearly four thousand practitioners of Iyengar Yoga in Southern Africa.